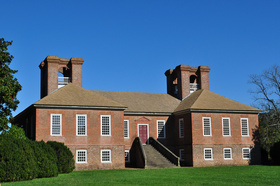 Stratford Hall, Home of the Lees of Virginia

Henry Light Horse Harry Lee, who fought with General Washington in the Continental Army, lived at Stratford Hall when he married Phillip’s daughter, Matilda. He was also the father of Robert E. Lee, the future confederate general during the Civil War.

According to the mission statement, Stratford Hall preserves the legacy of the Lee family and its plantation community, inspires an appreciation of America’s past, and encourages commitment to the ideals of leadership,honor, independent thought and civic responsibility. Currently it works to preserve the house as it was during the years that Henry and Matilda Lee lived there.