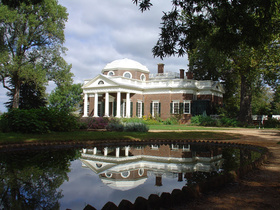 Summer or winter the men of the [British] line regiments wore the same heavy greatcoats with sleeves tight as stockings. The stock, or waistcoat, was equally tight and had a high stiff collar which forced the soldier to keep his head up, even when the sun was in his eyes. His pants were as tight as possible and the gaiters, put on wet, frequently shrank so that they hampered the circulation in his legs. From the belt around his waist hung his bayonet scabbard which knocked against his calves as he walked. On his right hip, supported by a broad, constricting belt which ran over his shoulder and across his chest, was his rectangular cartridge box, which interfered with his haversack, if, as now [Boston, 1775], he was carrying his full equipment.

Every post is honorable in which a man can serve his country.