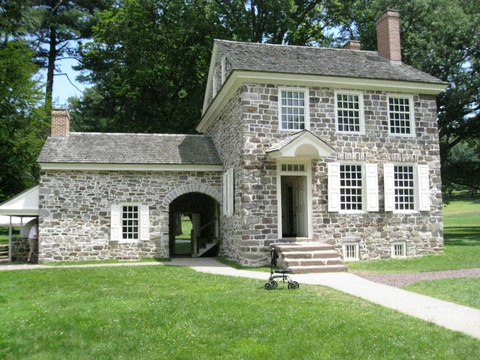 Isaac Potts’ house served as Washington’s headquarters during the 1777—78 winter stay at Valley Forge. Potts was one of the owners of the forge.

It is on great occasions only, and after time has been given for cool and deliberated reflection, that the real voice of the people can be known.