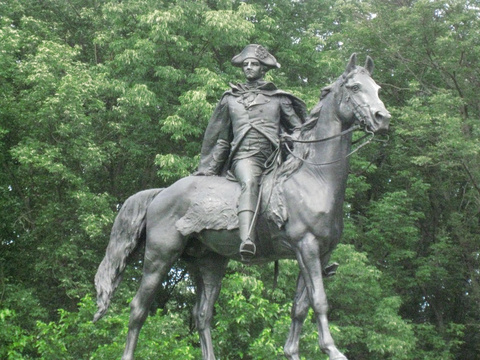 The French years provided Franklin’s detractors precisely what they needed: proof that the ur-American was un-American. Franklin was the Founding Father who had come the furthest, which makes him today the most compelling; he was also the Founding Father who traveled the farthest, which in his own century made him the most suspect. Few other homes in Philadelphia sported both Réaumur and Fahrenheit thermometers. The story goes that when Franklin proposed that Congress open its meetings with a prayer, Alexander Hamilton quipped that that body had no need of foreign aid. The story may be apocryphal but the sentiment was real. The expatriate patriot, Franklin was associated in many minds with the dependent chapter of American independence, one better expunged from the record.