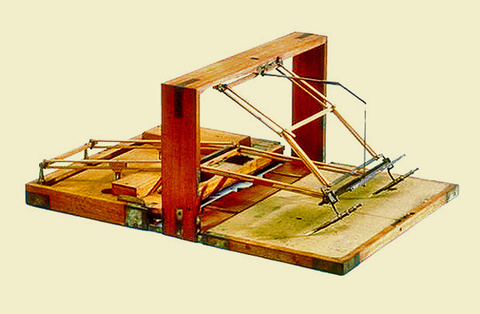 Jefferson used a series of these machines for making copies of letters from 1806 until his death. As Peale made improvements on the original design, Jefferson would get a new one. By 1809 he wrote that the use of the polygraph has spoiled me for the old copying press the copies of which are hardly ever legible.... I could not, now therefore, live without the Polygraph.

Nothing short of independence, it appears to me, can possibly do. A peace on other terms would, if I may be allowed the expression, be a peace of war.