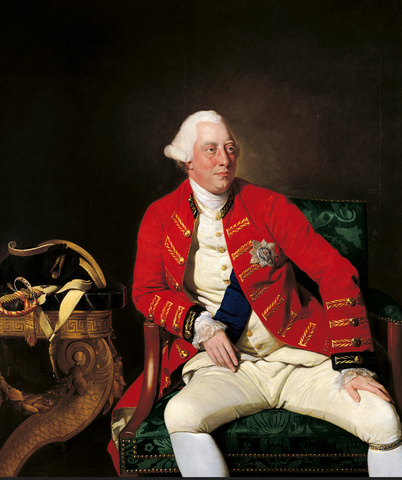 George III is shown wearing the uniform of captain general of the British Army with the star of the Order of the Garter.

One of the most essential branches of English liberty is the freedom of one’s house. A man’s house is his castle; and whilst he is quiet, he is as well guarded as a prince in his castle.