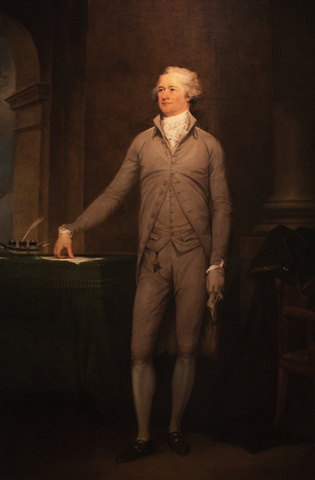 Commissioned by the New York Chamber of Commerce and painted while Hamilton was Secretary of the Treasury, Hamilton insisted to his friend, John Trumbull, that the portrait appear unconnected with any incident of my political life.

That it is better one hundred guilty persons should escape than that one innocent person should suffer is a maxim that has been long and generally approved.