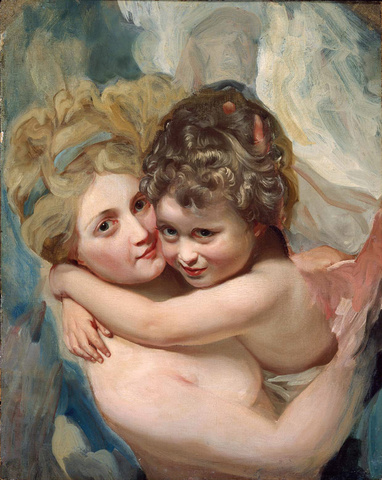 The models for this painting are Copley’s wife, Sukey (Susanna Clarke), and their son, Jack.

C. Vann Woodward has written of Jefferson, It fell to the lot of one Virginian to define America. It was in his private life that Jefferson defined the relationship between blacks and whites in America, acting out in the most specific sense the psychosexual dilemma of the whole nation. Other great men in history have loved unlettered women, among them Rousseau and Goethe, each of whom lived for years with virtually illiterate mistresses and then in the end married them. But Jefferson’s dilemma was peculiarly American. So savage were the penalties of this kind of love in the New World that he could neither admit it nor defend it without fear of social ostracism, and he had to keep up an elaborate pretense that it did not exist. He could not openly, and perhaps even privately admit his paternity to Sally’s children.