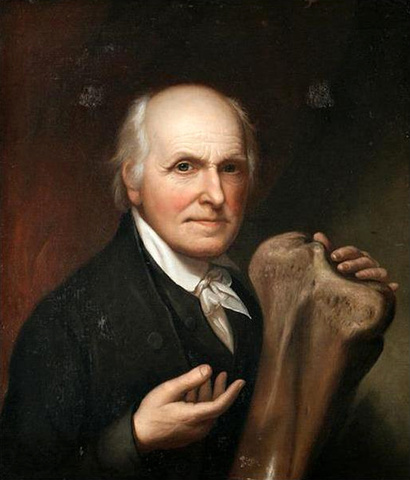 Peale is holding a bone from the mastodon that he excavated and exhibited in his museum.

To inherit a government, is to inherit the people, as if they were flocks and herds.