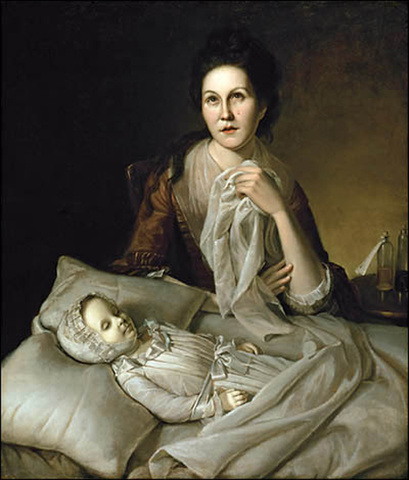 Peale’s first wife is shown mourning the death of their daughter, Margaret, who died of smallpox in 1772.

He is a governor that governs his passions, and is a servant that serves them.