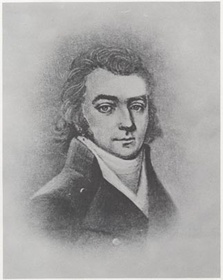 William Lee as a young man by unknown artist

William Lee, born in 1739 at the family plantation, Stratford Hall, in Virginia, was a diplomat during the American Revolution. He accompanied his brother Arthur Lee to England in 1766 to engage in mercantile pursuits, and in 1775 was elected an alderman of London, then a life position.

In April 1777, however, he received notice of his appointment by the Committee of Secret Correspondence in America to act with Thomas Morris as commercial agent at Nantes, France. He became involved in his brother’s opposition to fellow American commissioners, Benjamin Franklin and Silas Deane. In May 1777 Congress chose William Lee commissioner to the courts of Vienna and Berlin, but he gained recognition at neither. In September 1778, while at Aix-la-Chapelle, he negotiated a plan of a treaty with Holland. However, a copy of the draft fell into British hands on the capture of Henry Laurens, the duly appointed American minister to the Netherlands, which led to Great Britain’s declaration of war against the Netherlands in December 1780.

Lee was recalled from his mission to Vienna and Berlin in June 1779, without being required to return to America. He resigned his post as an alderman of London in January 1780, and returned to Virginia about 1784. He died in 1795.

Justice is indiscriminately due to all, without regard to numbers, wealth, or rank.