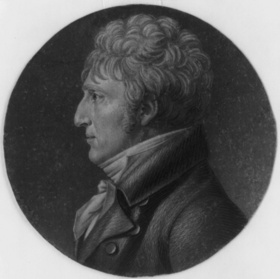 At the outbreak of the American Revolutionary War he studied law and began to practice in Charleston in 1779. Shortly after, Pinckney enlisted in the militia and served in the early campaigns in the South, including the Siege of Savannah (1789). When Charleston fell to the British (1780), he was captured and remained a prisoner until June 1781.

He was elected to the Confederation Congress for three terms (1784 – 86). In 1786 he moved that a committee be appointed to take into consideration the affairs of the nation, advocating an enlargement of the powers of Congress. When the committee was appointed, Pinckney was made chairman of a subcommittee that prepared a plan to amend the Articles of Confederation.

In 1787 he was an influential delegate to the Constitutional Convention and on the same day on which Edmund Randolph presented what is known as the Virginia Plan (29 May), Pinckney presented a draft of a constitution which is known as the Pinckney Plan. Although the Randolph resolutions were the basis on which discussion about the new constitution was framed, Pinckney’s plan seems to have been much drawn upon. Furthermore, Pinckney appears to have made valuable suggestions regarding phrasing and matters of detail. On 18 August he introduced a series of resolutions that in the end formed the substance of some thirty-one or thirty-two provisions of the Constitution.

The Pinckney Plan has been the subject of considerable discussion. When in 1818 John Quincy Adams was preparing the journal of the Convention for publication and discovered that the Pinckney Plan was missing, he wrote to Pinckney for a copy, and Pinckney sent him what he asserted was either a copy of his original draft or a copy of a draft which differed from the original in no essentials. But as this was found to bear a close resemblance to the draft reported by the committee of detail, Madison and others, who had been members of the convention — as well as historians — treated it as spurious; for years Pinckney received little credit for his work in the Convention.

Subsequently Pinckney bore a prominent part in securing the ratification of the Constitution in the South Carolina convention called for that purpose in 1788, as well as in framing the South Carolina State Constitution in the convention of 1790 (of which he was president). Pinckney was governor of the state (1789 - 92), a member of the state House of Representatives (1792 - 96), and then again governor (1796 - 98).

From 1799 to 1801 he was a member of the U.S. Senate. He entered public life as a Federalist but later became the leader in organizing the Democratic-Republican party in his state, and made a significant contribution to the success of Thomas Jefferson in the presidential election of 1800. By Jefferson’s appointment he was American minister to Spain (1801 - 04). In general, however, his mission was a distinct failure. His arrogance and indiscretions finally compelled the Spanish government to request his recall.

Have the Northern States any idea of the value of our slaves? At least, sir, six hundred millions of dollars. If we lose them, the value of the lands they cultivate will be diminished in all cases one half, and in many, they will become wholly useless, and an annual income of at least forty millions of dollars will be lost to your citizens; the loss of which will not alone be felt by the non-slaveholding States, but by the whole Union.

Pinckney died at Charleston in 1824.

But Adams did not just read books. He battled them. The casual presumption that there is some kind of rough correlation between the books in the library of any prominent historical figure and the person’s cast of mind would encounter catastrophe with Adams, because he tended to buy and read book with which he profoundly disagreed. Then, as he read, he recorded in the margins and at the bottom of the pages his usually hostile opinions of the arguments and authors.... [T]he Adams marginalia constitute evidence more revealing of his convictions about political theory than any of his official publications.

I had always hoped this land might become a safe and agreeable asylum to the virtuous and persecuted part of mankind, to whatever nation they might belong.