THE AMERICAN REVOLUTION
though past, is present, and essential
to understanding the American future ...
FIND YOUR OWN REVOLUTION
TODAY’S IMAGE 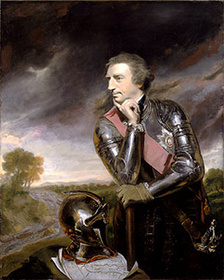 Drafting the Declaration of Independence, Part I

When Thomas Jefferson’s mother died on 31 March 1776, he had already been absent from Continental Congress for three months, and now he would continue on at his Monticello plantation for one more. During these four months this obsessively disciplined writer wrote almost nothing. Not a single letter. Not even an entry in his Garden Book, where he always cataloged what was growing, along with notes and observations — and it was springtime.

In Boston, General Washington and the nascent Continental Army had forced the evacuation of the British from their nearly year-old stranglehold on the city (17-Mar-1776). In Braintree, Massachusetts, Abigail Adams wrote to her husband — John Adams, steeped in committee work and behind-the-scenes politicking in Philadelphia — I long to hear that you have declared an independency … (31-Mar-1776). On that same day Jefferson tersely records that his mother died at eight o'clock this morning, in the 57th year of age, after which he experienced the most severe migraine of his life. It continued for days, incapacitating him from sunrise to sunset.

Jefferson at 43, while in London — the earliest-known image

Clearly retrenching from political engagement, as he would periodically do throughout his life, there is no clear picture of what Jefferson was up to. He was concerned about his fragile wife, Martha. He had a complicated relationship with his mother. Yet it seems that this outer-directed man curled up within himself and reached out to no one (except, perhaps, privately, without record). Fawn M. Brodie speculates in her psychological biography, Thomas Jefferson: An Intimate History (1974), that for Jefferson this was a period of obscure but intense personal conflict which had included real, if temporary, abandonment of the revolutionary scene. And that given the burst of creative activity that followed, it is difficult to avoid the conclusion that his mother’s death had been in a most critical respect not so much a loss as a liberation.

Declaration House, recreation of the building where Jefferson roomed

Jefferson finally returned to Philadelphia on 14 May 1776. The following day Virginia voted for its delegates in Continental Congress to introduce a motion for independence. Jefferson wrote to a friend (17-May-1776), I have been so long out of the political world that I am almost a new man in it.

During the next six weeks, while attending Congress and performing additional duties on committee, Jefferson drafted a constitution for the new state of Virginia; and wrote, edited, and prepared a final draft of the Declaration of Independence for Congress (28-Jun-1776).

In 1775 the British government was not the limited monarchy we know today. The King was in charge of the executive branch of the government and his duties and powers corresponded, roughly, to those the President now handles in the United States. ... Political parties as we understand them today had yet to be born. England was split into four or five factions, some revolving around a noble Lord such as Marquis of Rockingham, some around a class (the country squires) and roughly on-third of Parliament around the King who, through his executive power, had innumerable jobs, from cabinet post to lucrative sinecures, to dispense among those who supported him.

The first aristocrats in all countries were brigands. Those of later times, sycophants.

In support of the U.S., Spain declares war on England.